As business owners, they both started a series of productions that brought to Tablao Flamenco Cordobes Barcelona the overwhelming majority of artists that nowadays are considered flamenco legends: Camarón de la Isla, Farruco, Chocolate, Güito, Pansequito, Manolete, La Tati, Juan Villar, Turronero, Tomatito, Lole or Manuelo Bambino, among many others. That period culminated with several performances of a still young Manuela Carrasco who is today one of the most revered flamenco artists. Thanks to these programs, Tablao Flamenco Cordobes became the most important meeting point in Spain for flamenco enthusiasts during the democratic transition years.

From 1992 on, after the celebration of the Olympic Games in Barcelona, the city started its slow metamorphosis towards what it is nowadays: one of the tourism capitals of the world. Tablao Flamenco Cordobes had been since years ago one of the most prestigious tablaos of Spain and the world. International tourism and business tourism fills the tablao daily and it has become a must see in Barcelona for artists and celebrities alike. LAS MEZQUITAS DE PLATA With the celebration of its 25th anniversary in 1995, Pascual Maragall, President of the Catalan government by then, accepted the second Mezquita de Plata (silver mosque) award bestowed by Tablao Flamenco Cordobes Barcelona. On the occasion of the award ceremony, Tablao Flamenco Cordobes organized a National Dance and Guitar contest as well. Its decisive point arrived during the semifinals and finals and all the magic of dance gathered on the tablao during that week. The jury was composed by all kind of flamenco legends like Manuela Carrasco, Rafael El Negro, Serranito, Pepa Montes, Ricardo Miño or Rafael Morales, as well as other important flamenco scholars. Many celebrities like Pilar López, Matilde Coral and Farruco also attended the event. Already in 2000, Tablao Flamenco Cordobes Barcelona celebrated its 30th anniversary awarding with the 3rd Mezquita de Plata Award two important cultural institutions: La Federación de Entidades Culturales Andaluzas de Cataluña (FECAC/Andalusian Cultural Entities Federation in Catalonia) and Turisme de Barcelona (Barcelona Tourism Office). Their attendance and acceptance of the award, with many important authorities meant the unanimous acknowledgment of the cultural task carried out by Tablao Flamenco Cordobes Barcelona for flamenco music in Barcelona and Catalonia. Along with the ceremony awards, the Barcelona Autumn Flamenco Festival started with the participation of leading figures of flamenco like Eva "La Yerbabuena", Israel Galván, La Susi, Rafael de Carmen, Domingo Ortega and Enrique “El Extremeño”, among many others. Tablao Flamenco Cordobes Barcelona is the biography of the Adame family. Luis Adame and Irene Alba are the marriage that created the tablao. They both lived the golden age of flamenco as artists and performed in the best scenarios of the time. Once Luis and Irene finished they artistic career and settled down in Barcelona, they both brought all the achieved experience and cultural heritage to the company. In the seventies, the sociopolitical reality of Barcelona wasn't the best fit for a cultural offer like a tablao flamenco, specially due to the still recent death of the dictator Franco. Struggling to survive, the family aimed to the only viable market: The gypsies from Catalonia, the south of France and half of Spain.

In 2010 we celebrated the 40th anniversary of Tablao Flamenco Cordobes Barcelona presenting a new series of costly productions: "La fusion del talento". It was coordinated by Belén Maya and it brought all the flamenco elite artists to the tablao, forging a sublime troupe. The Tablao Flamenco Cordobes Foundation was also born in 2010 as a form of giving back to flamenco and its professionals what this art has given to this company and this family of artists, who manage the tablao. The Foundation was also created with the aim of promoting the fundamentals of flamenco, clarifying its values, classifying them and helping to keep their permanent relevance within the cultural scene. In 2015, with the arrival of its 45th anniversary, Tablao Flamenco Cordobes announced several big projects for that year. After the overwhelming success of the show "Con Carmen Amaya en la Memoria", created during the Carmen Amaya Year as a tribute to the great dancer and brought to theatres around the world, Tablao Flamenco Cordobes Barcelona surpassed itself in 2015 closing another series of productions impossible to find in any other venue. José Valencia, Juana Amaya, José Maya, Jesús Carmona, Karime Amaya, Juan de Juan and finally Farruquito, considered as the most important flamenco dancer of this century. But this story is not yet finished… Check here our program for this month!

Tablao Flamenco Cordobes Foundation was also created in 2010, with the aim of promoting the fundamentals of flamenco, clarifying its values, classifying them and helping to keep their permanent relevance within the cultural scene. Tablao Cordobes Flamenco is a unique place, run by a family of artists well known in the world of flamenco. Founded in 1970, Tablao Flamenco Cordobes still maintains the characteristics of an authentic flamenco show. Tablaos are local inheritors of the ancient cafés Cantantes that since the nineteenth century, appeared in all major cities of Spain, occupying La Rambla, parallel and Sant Pau in the so-called "Golden Triangle" of Flamenco in Barcelona. Flamenco Cordobes Tablao, Barcelona known as "El Tablao Las Ramblas" is a historical place, continuer of this tradition and part of the history of the city. Flamenco is a communion of the universal sense of the individual, intimacy, warmth or closeness are the elements that define a tablao, which allow the viewer to impregnate the depth of this culture through a unique scenic setting: the privileged window it is a tablao. 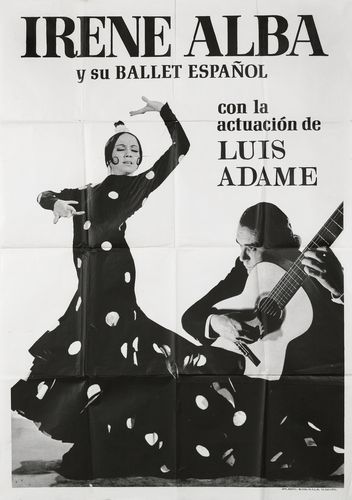 The intimate language of flamenco demands a special environment with some necessary requirements in order to be understood in all its depth.  The meeting of no more than 180 people around the show, in a way that imitates the familiar flamenco parties, where this art was born and transmitted. It creates a dynamic where this crucial part of flamenco is learnt, a part that cannot be learnt in academies,which makes it so special. The humble wicker chairs and the small tables are part of this environment and spirit. Its vaulted architecture, similar to a cave, amplifies the characteristic sound of flamenco acoustically, clean and free of the distortion caused by microphones and electronic amplification systems.  The creativeness of the artists, their improvisation, the mistery of the "Duende" which can only be found in a Tablao, far from choreographies. We understand "Duende" as that decisive point of the improvisation and compenetration between the artists, who inspire each other and create through inspiration, dialoguing in a way that cannot be taught, learnt in the family and only seen on stage in a tablao. Furthermore, the new generations of flamenco artists add a prodigious and high skilled technique. Living part of the history of Barcelona.

50 years ago, when Cordobes opened, Barcelona was far away from the Olympic Games and its opening to tourism. The establishment opened in La Rambla for being a street with a great historic tradition.

Tablao Cordobes, founded in 1970, is one of the remains of the history of Barcelona, not a touristic artificial place. From the end of XIX century the show rooms and cafes in Barcelona proliferated in El Paralelo, La Rambla and Nou de La Rambla, still today the theatres like El Molino of Paralelo reminds to the past when you could see the very same Carmen Amaya (the best flamenco dancer of all times) in the tablaos of Barcelona.

Tablao Flamenco Cordobes is part of the history of the city, the only establishment that remains from the golden époque of the show business in Barcelona. The only that calls the best artists to its stage and don’t look just for the touristic business. Last 12th Augost Víctor Amela recognized the great character of Cordobes as an institution in an interview to Cristina Hoyos. Cordobes is part of the history of the city, the only establishment that remains from the golden époque of the show business in Barcelona.