More than 40 specialties of Spanish and Catalan cuisine. The decoration of Tablao Flamenco Cordobes Barcelona, inspired by the Nasrid forms and architecture of Andalusia (Nasrid art or Granada art represents the last stage of Hispano-Muslim art) at the end of the 15th century, has been handcrafted by the official restorers of the Alhambra in Granada, Napoleon Morillas and Antonio Zubeldia. Our fidelity to these decorative motifs aims to remind Arab-Andalusian culture as one of the sources from which the root of flamenco drinks.

More than 40 specialties of Spanish and Catalan cuisine

Barcelona, one of the capitals of the Mediterranean diet, is internationally known for its New Cuisine. Restaurants such as El Celler de Can Roca, Abac, El Bulli or El Racó de Can Fabes are places of worship for both foreign and domestic tourists. Our Chef Jordi Narro, trained in the kitchens of Celler de Can Roca and El Bulli, designed, on the occasion of the celebration of our 45th Anniversary, an exciting Gastronomic Tour of traditional specialties, presented according to the canons of the new kitchen. The visitor enjoys a Gastronomic Tour made up of more than 44 specialities, with special emphasis on paellas and rice dishes and with vegan, vegetarian, halal and gluten-free options among others.. Our customers travel through Catalonia through dishes such as Cannelloni Spinach and Tomatoes dehydrated in the sun or Macaroni to the Barcelonina, south to take a Cordovan Salmorejo to the north with some Pintxos Euskadi, Galicia to taste its wonderful Octopus Feira or the Puerta del Sol of Madrid to taste some Churros with Chocolate, not to mention the international Paella Valenciana. All this presented by an excellent service that is responsible for both serving and presenting the dishes and beverages, which are included. All the gastronomic offer is systematically replenished without limitations of any kind, always trying to make the visitor feel a great sense of abundance and service.

Jordi has worked with chefs like Ferrán Adrià, Jean-Louis Neichel and Joan Piqué. More recently, he has done stints in the kitchens of Santi Santamaría in his "Santceloni’s" restaurant and at Joan Roca's "Celler de Can Roca". Since April 2001 he has been the chef at the L'Univers Gastronòmic restaurant at the Fira de Barcelona's Gran Via exhibition centre. Narro is now embarking on a new challenge as a chef of Nuclo, where he will be heading up a team of 12 professionals. 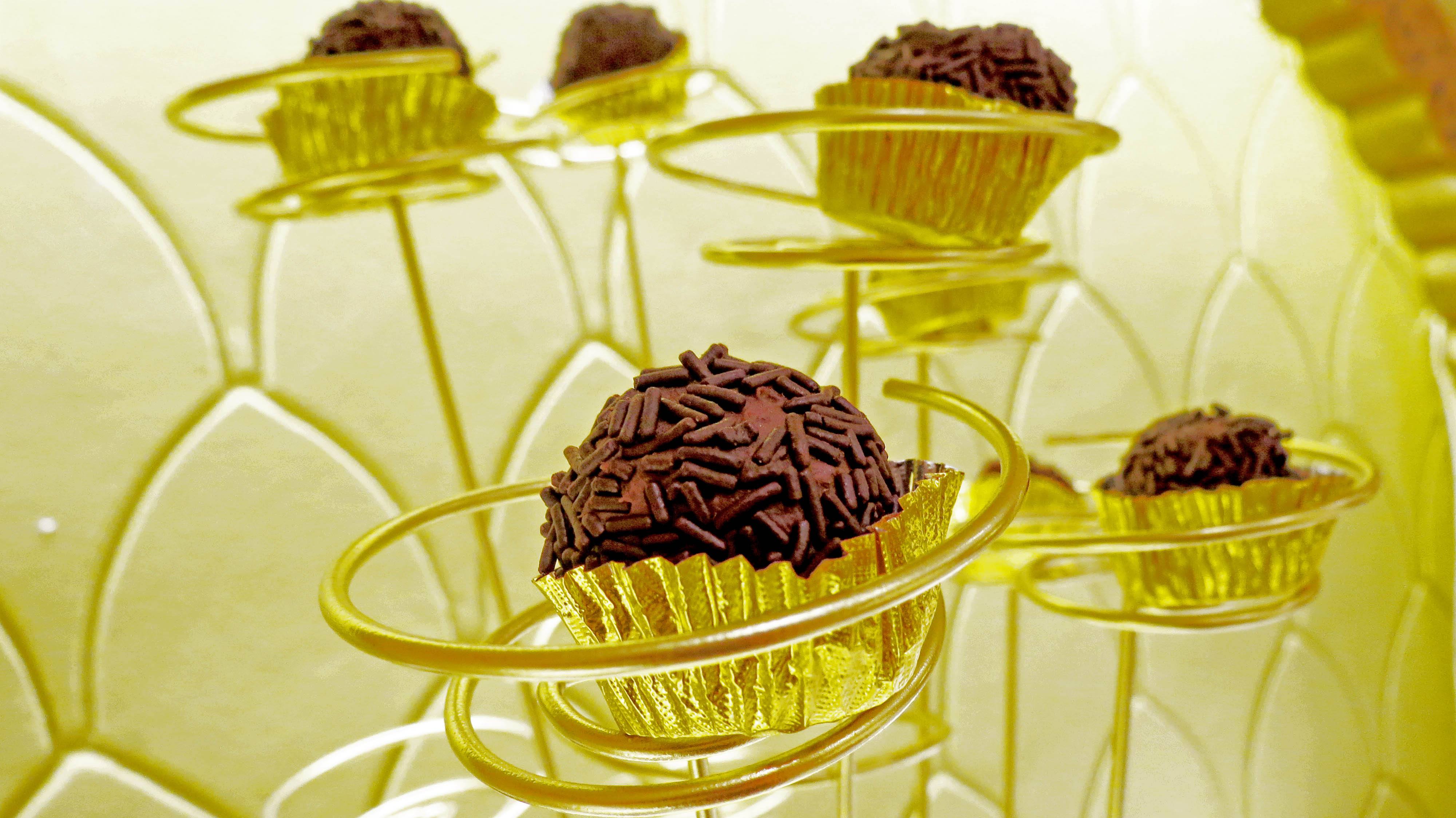 The desserts of the tablao

More than 40 specialties of Spanish and Catalan cuisine, a menu designed by Chef Jordi Narro, a gastronomic show for...

For our vegan clients we have the option to extend the vegan offer that they will find in our Gastronomic...

Available only on special dates. Tablao Flamenco Cordobes offers a double tapas tasting service: traditional and vegan, which is a...

The decoration of Tablao Flamenco Cordobes Barcelona, inspired by the Nasrid forms and architecture of Andalusia at the end of the 15th century, has been handcrafted by the official restorers of the Alhambra in Granada, Napoleon Morillas and Antonio Zubeldia. Our fidelity to these decorative motifs aims to remind Arab-Andalusian culture as one of the sources from which the root of flamenco drinks. 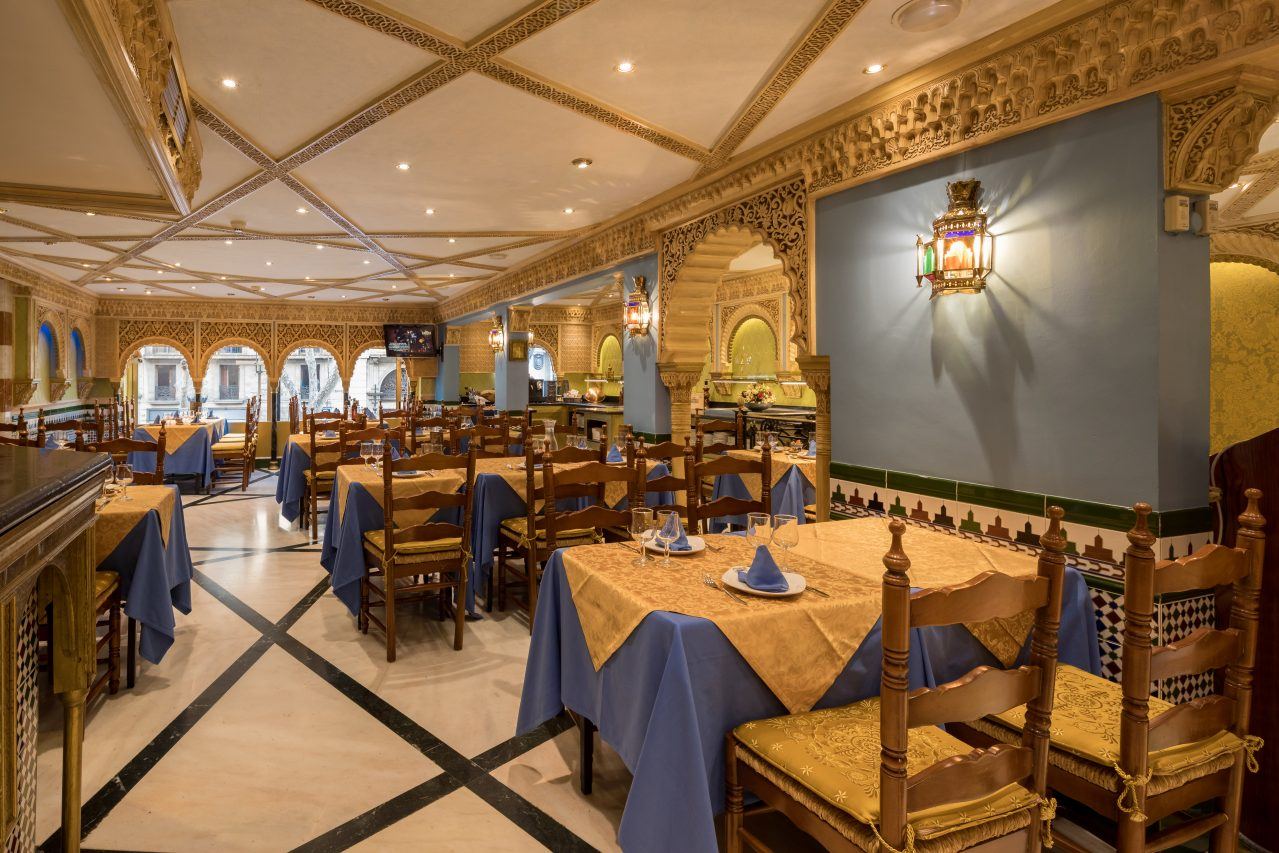 Nasrid art or Granada art represents the last stage of Hispano-Muslim art. Its development phase includes from the 13th to the 15th century and laid the foundations for the future birth of Mudejar art. Its main area of ​​influence was extended by the Nazari Kingdom of Granada, Barbary and various areas of the Iberian Peninsula. The origin of Nasrid art begins with the decline of the Almohad empire, beset by the proliferation of small kingdoms in al-Andalus during the 13th and 15th centuries. Years later, in 1237, the Nasrid kingdom was born and its capital was located in Granada for more than 200 years. The call Reconquista of the Christians was increasing the pressure and forcing the kingdom to give ground until, in 1492, Granada capitulated and with it the last Islamic stronghold, ending the Nasrid art in al-Andalus. The main paradigm of this art is found incontrovertibly in the Alhambra in Granada. Its name means Red Castle and comes from the Arabic "Qalat al-Ambra". The fascinating building synthesizes the Islamic palatine architecture with military architecture, which provides elements of fortification. The building has been recognized as a World Heritage Site by UNESCO and is an incomparable symbol of Islamic palatine architecture. The Alhambra, together with the buildings and buildings of Granada, allow, due to its shape, colors and style, to establish the general framework of this art as an evolution of Hispano-Muslim art. Characteristics of this art are complex ornamentations, used to mask the poverty of construction materials such as stucco plasterwork, tiled skirting or painted decoration. Another very common feature is the cylindrical shaft column and the capital of two bodies, similar to the decorations of the tablao, one cylindrical decorated with ribbons and another cubic with ataurique. The wooden roofs are usually alternated with vaults of muqarnas made of stucco and the most common arches are half-stitched and pebbled. 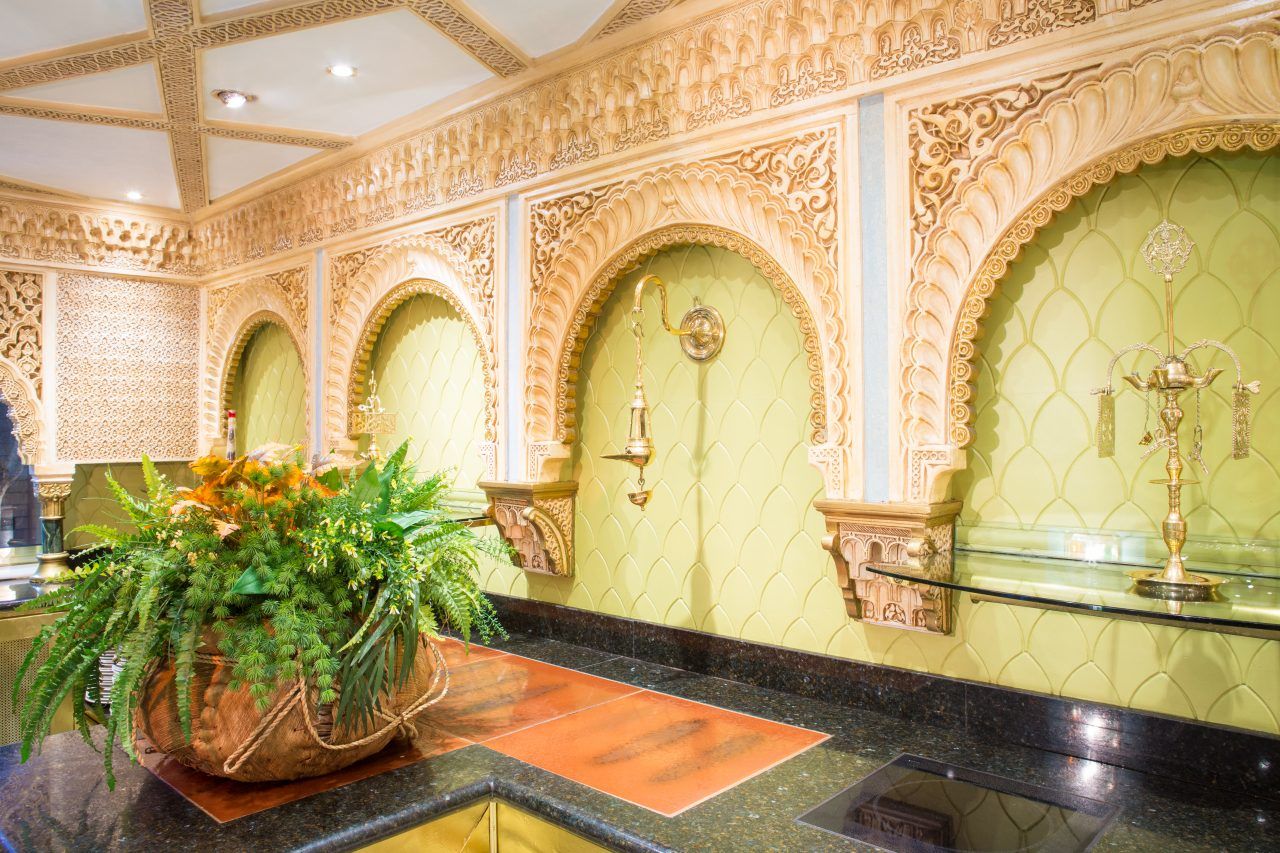 Relationship with the tablao

Most experts agree in relating Arabic music to flamenco, yet it is impossible to know with certainty because the transmission of knowledge at that time was done orally. The most accepted explanation is that flamenco was developed on the basis of popular and Andalusian music, creating melismas with great influences of Arab elements in Andalusia at the beginning of the 20th century. According to the flamenco scholar, HipólitoRossy, you can find a multitude of similarities between flamenco and Arabic musical culture: "... in the constant and abusive use of notes of adornment, trills, melismas, dragons or portamentos (...) El use of upward support at the beginning of the song or some twists or phrases within the same song (...) The inclusion of zambra mora in flamenco and its influence on some Murcian and Andalusian songs, such as flamenco tango, taranto and binary rondeña. "This music and this art was developed in flamenco tablaos, the historical setting of this art that has undoubtedly influenced some forms of expression of Spanish art and culture of the 19th and 20th centuries.

read more
Discover our Gastronomic Tour Flamenco Restaurant Menu, our atmosphere and unparalleled surroundings with views of La Rambla at the best Show Restaurant in Barcelona. Tablao Flamenco Cordobes presents a unique experience. The historic flamenco tablao in Barcelona, located in Las Ramblas and which in 2020 celebrates its 50th anniversary, offers a Gastronomic Tour through more than 40 specialities of Spanish and Catalan cuisine. The gastronomy of Tablao Flamenco Cordobes takes care of every detail and makes a selection of dishes with vegetarian, vegan, halal and gluten-free varieties among others. Among the dishes that our customers can find are paellas, Galician octopus , salads, gazpachos, meats, fish, churros with chocolate or homemade cakes among many other specialties that are replenished systematically and with unlimited drinks. Before enjoying a unique flamenco show in Barcelona, our customers can take a tour of the gastronomy of the lands of Spain and Catalonia in a space characterized by its Nazari decoration made by Antonio Zubeldia and Napoleon Morillas, official restorers of the Alhambra in Granada.